Search for hotels near Emirates Stadium

We offer a wide range of hotels near Arsenal from cheap accommodation to up market luxury hotels. Search our database of hotels to find the lowest rate for your stay closest to Emirates Stadium.

Information about Arsenal and Emirates Stadium

Originally founded as munitions workers from Woolwich in South East London, Arsenal were founded as Dial Square. A month after founding they took the name Royal Arsenal after the heart of the Royal Arsenal complex. Having registered as a limited company, the club officially named as Woolwich Arsenal

The club closed in 1910 due to bankruptcy before being bought out and moved to their new stadium in Highbury, North London in 1913 where they abbreviated their name to The Arsenal.

Relocation to the Emirates began in 2002 and completed in 2006 after 93 years at Highbury, soon after the 2003-04 season where they went the entire season undefeated earning the title "The Invincibles". The famous Marble Halls of Highbury were retained in the Northern Triangle building and the Clock End has been revived with a larger replica of the original clock on the Southern Stand.

As well as 32 huge murals of Arsenal legends around the outside of the stadium, there are statues of Tony Adams, Thierry Henry, and Dennis Bergkamp. The first match at the Emirates was Dennis Bergkamps testimonial.

The nearest tube station is Arsenal and London air transport is well served from Heathrow, Gatwick, Stansted, Luton, and City. 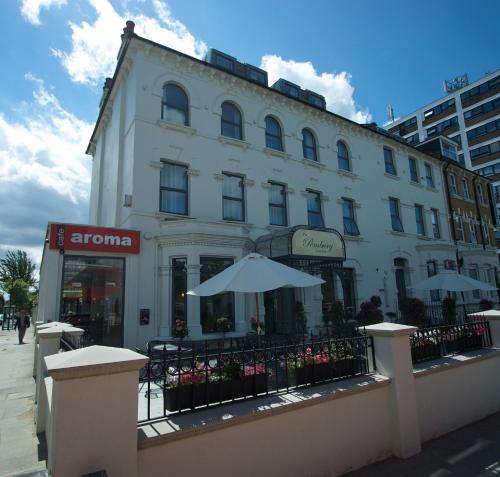 Opposite Finsbury Park, less than 500 metres from Finsbury Park Station and a mile from the Emirates Stadium, this hotel offers free Wi-Fi and en suite rooms. Hilton London Angel Islington is situated in the heart of fashionable Islington. This sleek, contemporary hotel is a 5-minute walk away from Angel Tube station. Free limited WiFi is available in the public areas. 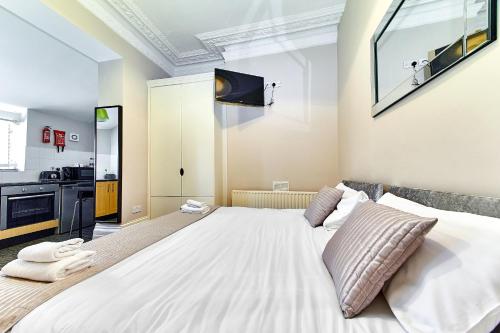 This boutique hotel and apartments is located opposite Finsbury Park and in the vibrant Haringey and Manor House area. The nearest underground station is Manor House and tubes can take you to Covent Garden within 16 minutes. DoubleTree by Hilton London-Islington is set just off Upper Street and a 5-minute walk from Angel Tube Station and the Design Centre. It boasts a 24-hour reception, bar and a Marco Pierre White Steakhouse.